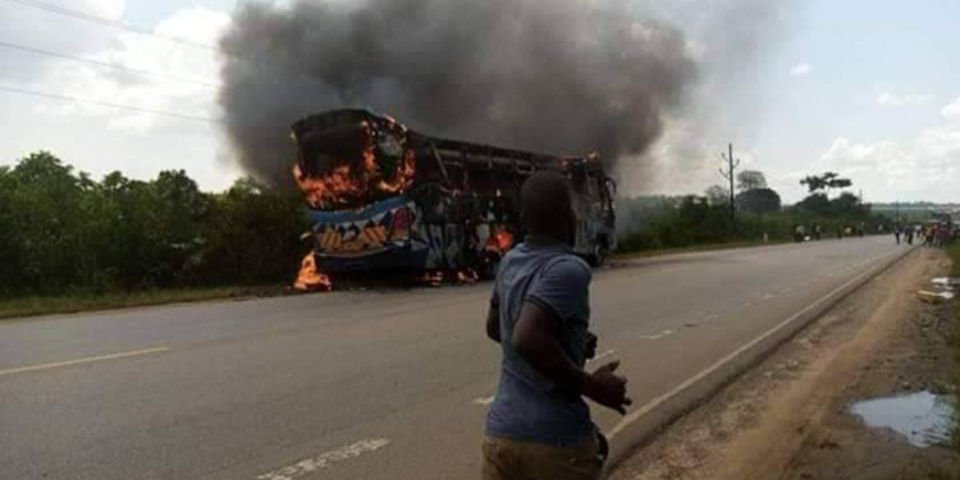 A total of 39 on Tuesday afternoon survived death after a bus they were travelling in caught fire at Kampiringisa in Mpigi Town Council along Kampala-Masaka highway.https://502ef8bf25f39f0e75ec95000bff1b71.safeframe.googlesyndication.com/safeframe/1-0-38/html/container.html

The fire is said to have started from the braking system of the Kabale-bound bus, belonging to Gateway Bus Company, that had just left Kampala.
All the passengers were evacuated from the bus before it was engulfed in fire. However, all the luggage was destroyed in the fire that was still burning by the time of filing this report.

“There was a problem with the behind brake. When the driver noticed this, he stopped the bus at Kampringisa and ordered everyone out. We were all evacuated but our luggage was burnt in the bus,” one of the survivors told this reporter.