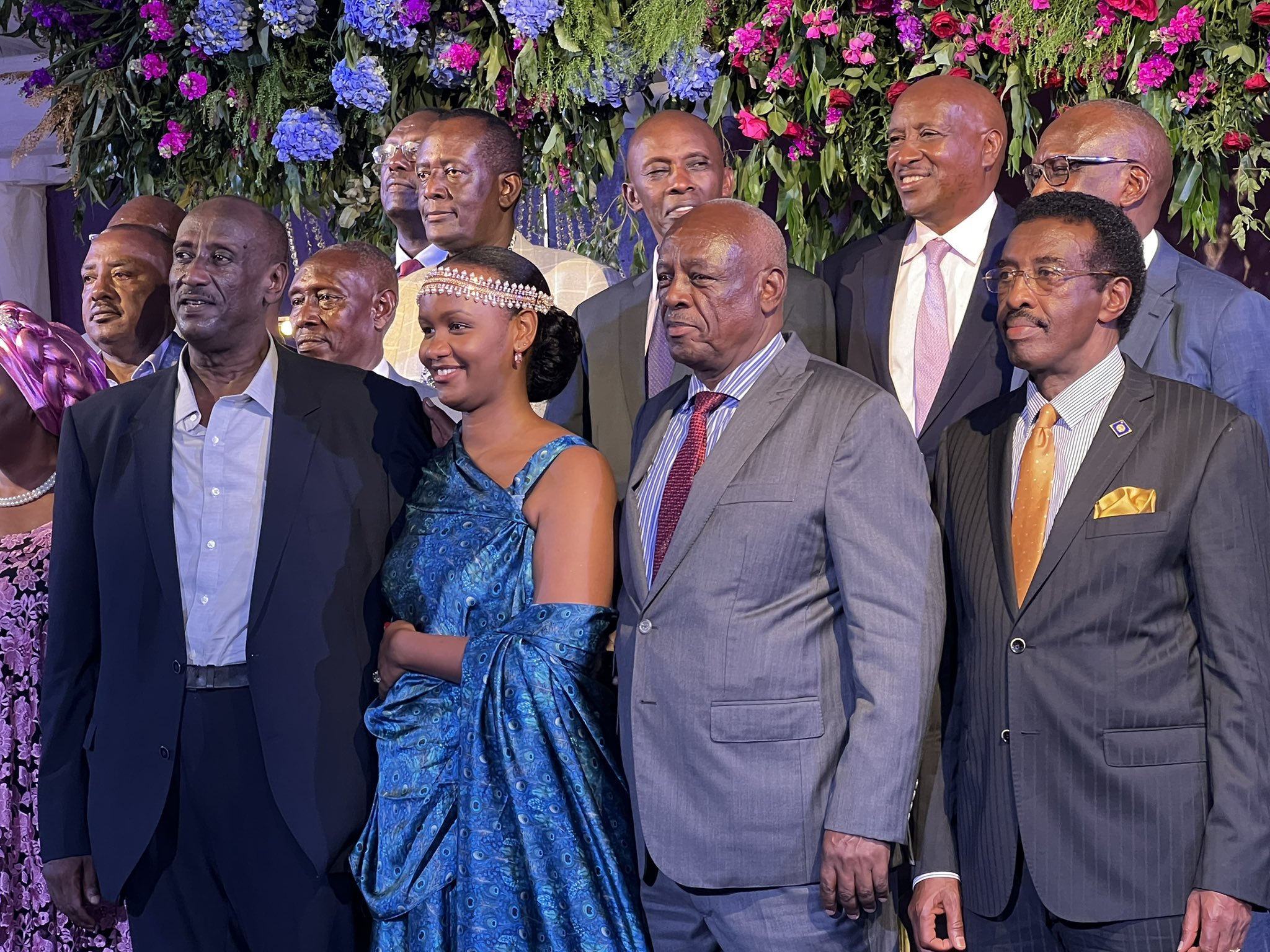 Last weekend, netizens were left in total shock after The chief coordinator of Operation Wealth Creation Programme (OWC), Gen. Salim Saleh crop up again after the spreading of the false information by social media stalkers announcing him dead.

While at the giveaway ceremony of his daughter Esteri at her mother Jovia Akandwanaho’s residence in Buziga on  Saturday September 17th, Gen Salim Saleh scoffed at all those who were spreading the rumors that he had passed on and he accentuated that he is still alive.

The rumors kicked off after the general’s failure to attend the interment of Gen Elly Tumwine, and they were boosted by a live video which was made by the Facebook stalker Fred Kajubi Lumbuye.

However, the highlight of his speech, was when he thanked his daughter for resurrecting him; “Esteri I want to thank you for giving me this chance to resurrect.”

Gen Salm Saleh went ahead and revealed that he can bring back Lumbuye back to Uganda anytime he wants, but admitted that he won’t do t because he doesn’t have time for him.

“If I want Lumbuye, I can bring him tomorrow, but I have got no time for such people,” said Salim Saleh

However, Lumbuye insisted with his facts that “Gen Salim Saleh is dead, and whatever was presenter to the general public, was a clone”.