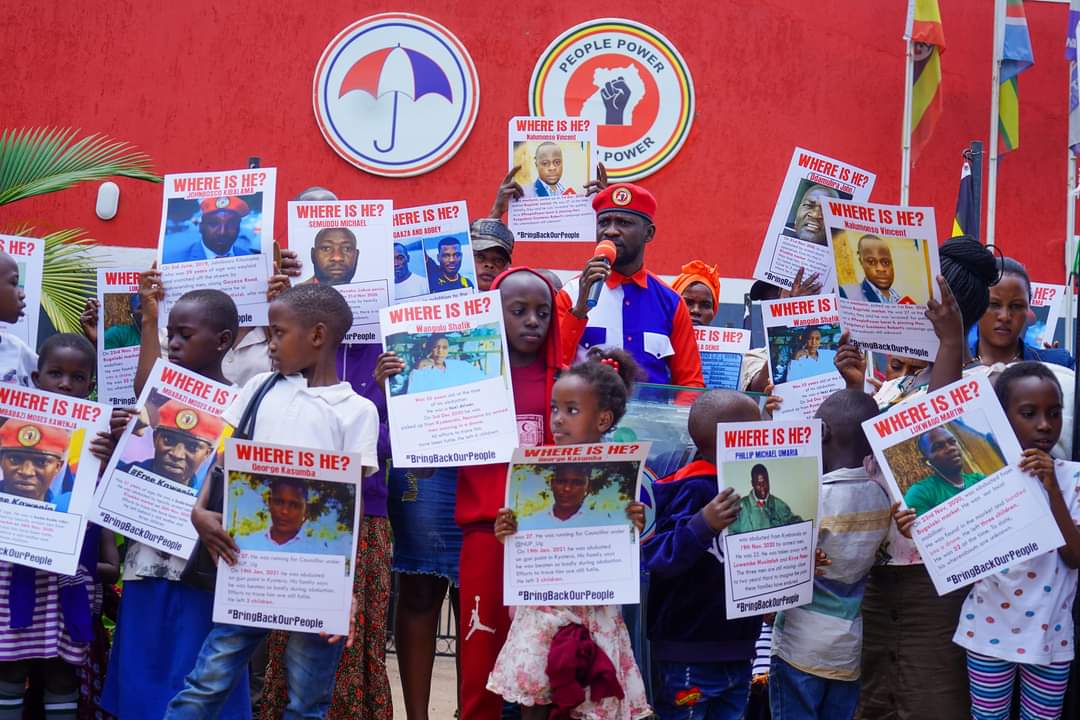 The chairperson of Uganda Human Rights Commission (UHRC) Mariam Wangadya has come out trashed the allegations which the leading opposition political -party (NUP) say – that thousands of their supporters were abducted by the security personnel.

Speaking to our reporters at Kingdom Media, Wangadya says that the list of the alleged abducted NUP supporters which the party submitted to the UHRC lacked some information which they could use to track the missing people and so they couldn’t get any way of knowing the whereabouts of their supporters.

Wangadya went ahead and advised the party to stop painting a bad image to the security organs as NUP leaders keep on claiming that over thousands of their supporters are detain incommunicado yet they did only submitted on 25 people to their office and of which seven of them are in prison for some charges.

She called upon the National Unity Platform party to bring satisfying information to them so that they quickens their investigations.