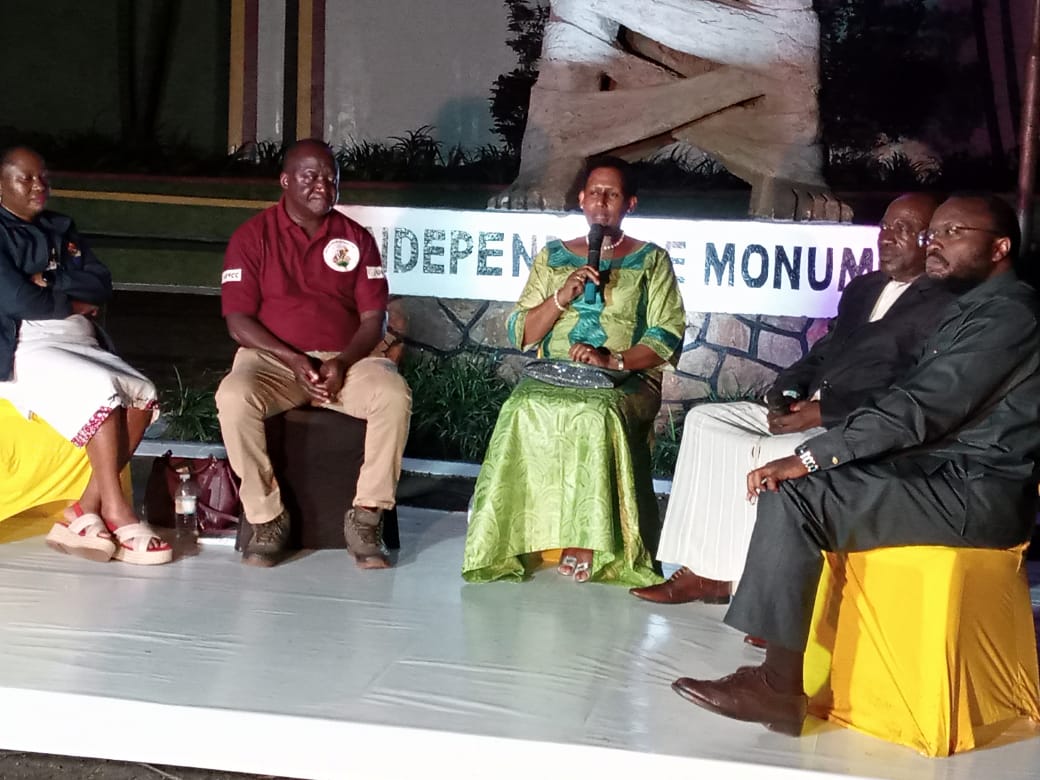 As drawn from the First Uhuru Celebrations in Saturday night, September 8th, the Cultural Heritage Association in Uganda, writes the first history of celebrating the Intangible benefits of the existence of the Uganda Independence Monument that erects at the heart of Kampala, at Speke Road.

According to the Executive Director of the Cultural Heritage Association in Uganda, John Bosco Nizeyi, the Association has kicked off it’s very first move to reawaken the forgotten yet valuable cultural sites and antiquities that have been given meagre attention in the country. And for instance he says that the Uganda Independence Monument is less felt at the hearts of many Ugandans yet it’s a big income generating asset.
“Tonight we are beginning a chapter of writing the interpretation of this monument and then we begin selling it to the public. Of which by next year , we shall have accomplished.” said John Bosco.

He added that the Independence Monument, “In the last 59 years, has not been given the attention it deserves. Independence Celebrations take place at Kololo and you wonder why this Monument is not in Kololo. We are glad that we are writing history right now at this ground.”

The Vice Chairperson of Cultural Heritage Association Uganda, Tosh Bwana, recommended that the site of the Uganda Independence Monument should be give a stronger feeling in the historical development of this Country. And he requested the Ministry of Tourism to spearhead the heart of appreciations to leaders of Uganda like President Museveni who has led Uganda to the 60th Independence.

“So what we are thinking as the the Cultural Heritage of Uganda, we strongly believes that this site should never be erased in the angles of Uganda’s History. And we also suggest if you accept , Madam through, your guidance, could we erect a special monument for the brave leader who has brought us this far. And has received Uganda at 60. Could we organize a special celebration for him to celebrate his contributions,” said Tosh Bwana.

Mr. Bwana added that Cultural Heritage Association is anticipated to host President Museveni in their next celebrations as a bid to add a stronger stone to Uganda’s Tourism Sector development. These celebrations will be extended in the Albertine Regions, Central, Jinja, other parts of Eastern, and Northern Uganda as extension Celebrations of the Uhuru Festivals. 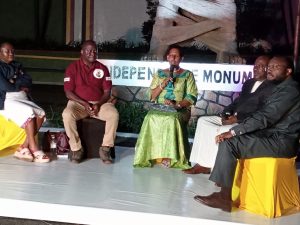 The Permanent Secretary for Ministry of Tourism, Wildlife & Antiquities Mrs. Doreen Katusiime while attending the Uhuru Festivals at the Independence Monument promised that the government is going to work closely and support the activities of the Cultural Heritage Association in Uganda, including raising awareness about the Independence Monument’s tangible and intangible benefits.

While adding a voice to reawaken the value and heritage of the Independence Monument, the Executive Director of Cultural Heritage Association Uganda, John Bosco Nizeyi, informed public that the benefits of the Monument are not vastly known to many people, yet there are many physical and intangible values it yields to the country’s potential development.

“We regard it as a tangible resource which is seated here, but you cannot understand it until you bring the Intangible resource in it. When you begin telling a story about Independence Monument, you are interpreting it to the public. You are educating and entertaining, but you can also make a product about it through tourism,” said John Bosco.

The Uganda Independence Monument was carved by a Sculptor, Gregory Magoba who passed on in 2004. It replaced the British Monument of King George V, the father of Queen Elizabeth II, the recent fallen Queen of England. The British Colonial Masters put their Monument at the Presence Speke Road Site, as sign to stage their Leadership and easily control their Parliament, Post Office and the National Radio Uganda. This is the reason why the Independence Monument is positioned at the Heart of Kampala City between Grand Imperial Hotel, Shelton Kampala Hotel, and Standard Chartered Bank.