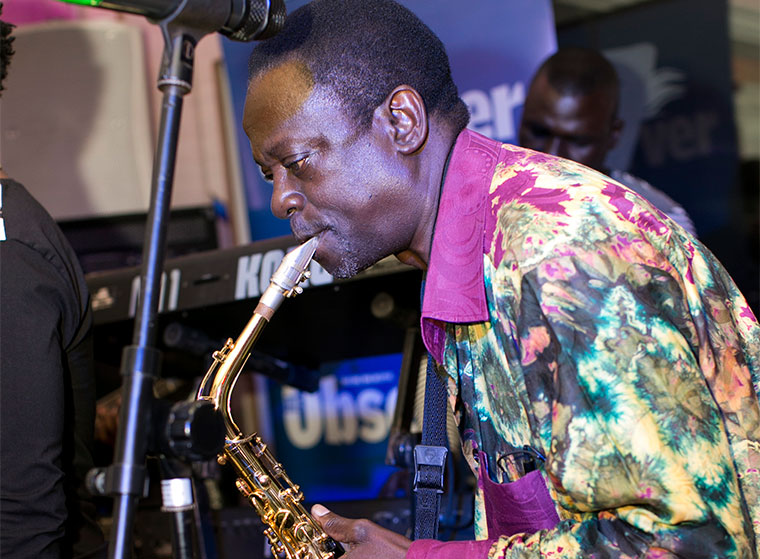 The legendary Afrigo band performer Moses Matovu has spoken out against MP Joseph Ssewungu, who appeared to want to direct his performance over the weekend.

In a video which circulated on social media, The Kalungu member of parliament Joseph Ssewungu  stepped on the stage and appeared to request songs for Moses Matovu to sing.

Being an experienced performer, Matovu immediately exploded at the MP’s instructions.

“Your parliament is fake. Nothing is decided during the plenary we fed up with you people wanting to politicize everything. It must stop. Some of us are tired”  Matovu said

ALSO READ: Who will win? Muhoozi warns, he will not leave Twitter.

According to Mr Matovu, he said that honorable Ssewungu intended to politicize the event.

Matovu started singing in 1965 when he was the lead vocalist for the Thunderbirds band. In 1975, he joined Afrigo Band as one of the eight founding members; they started as a small group playing at small parties and clubs in Kampala.