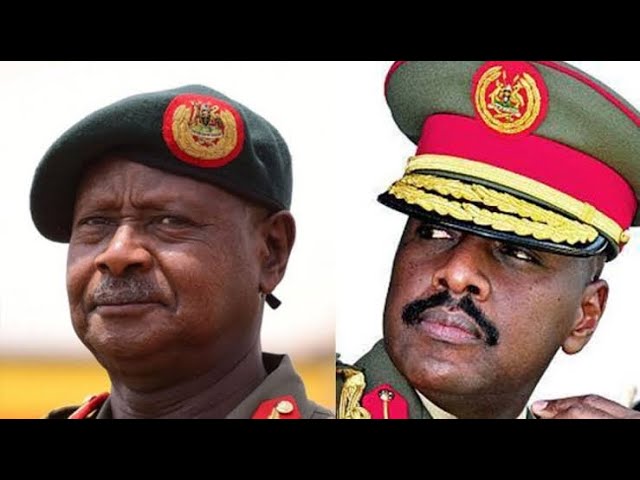 Gen. Muhoozi Kainerugaba has vowed not to stay off Twitter as his father suggests to impose directives to stop him. Gen. Muhoozi said this in a response to the Sunday KTN interview, to which President Museveni featured as a guest.

Muhoozi tweets in the recent two weeks have caused a lot of controversial discussions between Uganda and Kenya governments, including the nationals of these duo states.

The melting magma out of the Muhoozi Tweets, compelled President Museveni, while in an exclusive interview aired on KTN on Sunday, to inform the public that they are having a conversation about Gen. Muhoozi leaving Twitter more so on matters of state importance.

“He will leave Twitter. We have this discussion. Twitter is not a problem. The problem is what you are tweeting about, ” Said President Museveni in an interview on KTN Television.

However Gen. Muhoozi Kainerugaba, went on his Twitter handle on Tuesday and trashed all the claims to ban him from owning Twitter account. He vowed not to leave the handle , adding that no one has the mandate to stop him.

“I hear some journalist from Kenya asked my father to ban me from Twitter? Is that some kind of joke?? I am an adult and NO ONE will ban me from anything!,” Gen. Muhoozi tweeted.

The newly appointed general also made his reactions on the meeting of FDC and NUP leaders, Dr. Kiiza Besigye and Hon. Kyagulanyi Ssentamu Robert. In the tweet, he mocked Kyagulanyi and yet sent kuddos to Besigye and praised him for being a good elder where one can learn from.

“Personally, I like @kiizabesigye1. He is an elder and we can learn a few things from him. But Kabobi? Hapana!” tweeted Gen. Muhoozi.

The first son, unfolded a number of controversial tweets against Kenya, that compelled President Museveni to apologize to Kenyan government, on behalf of Uganda, and promised a concrete built relationship between Kenya and Uganda.