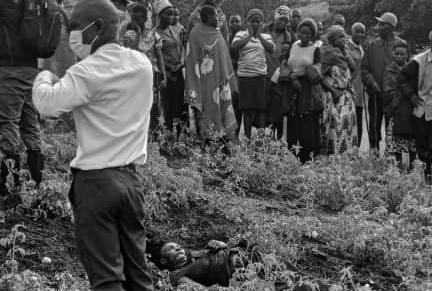 Police in Mubende have confirmed the arrest of three people who are allegedly said to have murdered a woman identified as Nakku Elfrance, a resident of Kyanasiki South Division in Mubende municipality.

According to residents in that area, they revealed to us that the deceased in a few days complained about theft in her banana plantation, claiming that some individuals have been stealing banana from it.

This prompted her to stay in the plantation to identify the thieves, and as well as giving  security to it not until she was killed.

Police have arrested Ssenjuki, Lugonvu and Ssekyanzi as further investigations have been embarked on.

ALSO READ: Hope to fight Ebola raises as WHO Heads arrive in Uganda