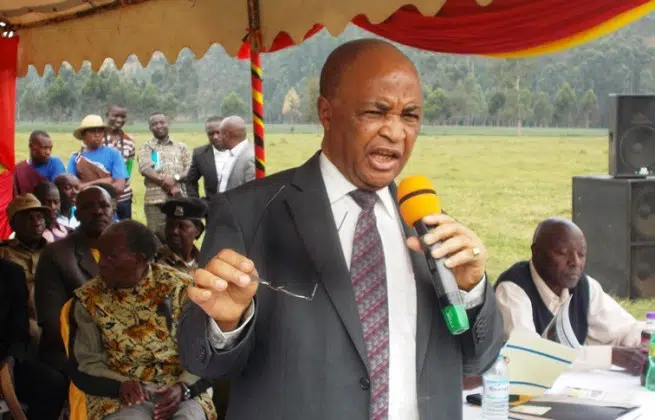 Mr David Wakikona a Ugandan Member of Parliament representing Bukigai County who was reported missing after taking a taxi in Nairobi, Kenya has been found.

Mr Wakikona notified the journalists about his whereabouts hours after media reports that he was reported missing when he boarded an Uber taxi from the Kilimani to Nairobi City Center, he said that he is already in Uganda, Kampala at the parliament.

“I am in Kampala, you come to Parliament you will see me,” Mr Wakikona said.

NRM endorses Museveni to run for presidency in 2026.

According to Mr Muturi, the lawmaker had already traveled back to Uganda as the DCI conducts a further probe on the case.

“There was a missing person report filed at the police station and the DCI took over the investigations. He was found and has already returned to Uganda,” the OCPD is quoted as saying.
The legislators’ alleged disappearance was reported to the police at the Kilimani Police Station in Nairobi by Mr Talibet Kibet who was accompanied by Mr Emmanuel Opio.

Mr David Wakikona is a former State Minister of Trade and Antiquities who served between 2011 to 2016.