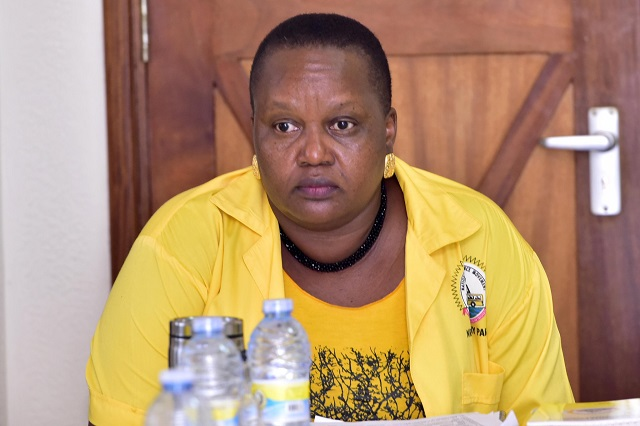 The chairperson of the National Resistance Movement (NRM) Women’s League, Ms Lydia Wanyoto has been summoned by The Family Division of the High Court in Kampala to file her defense in response to a law suit filed against her by her step-daughter Florence Wanyenze , who accuses her of denying her access to her late father’s graveyard.

Wanyoto has been given only 15 days to file in her defense before the commencing of the hearing of the case.

On Monday last week, Florence Wanyenze, aged 11, through her friend, Ms Jackline Nabulo, sued Ms Wanyoto, claiming she applied and got letters of administration to run the estate of her late father, James Shinyabulo Mutende, but the step mother (Wanyoto) denied her access to her late father’s graveyard. Not only that but she allegedly refused to take care of her.

“Whereas the above named plaintiff (step-daughter) has instituted a suit against you upon the claim, the particulars of which are set out in the copy of the plaint here attached to, you are hereby required to file a written statement of defense to the said suit within 15 days from the date of service of summons on you,” reads in part the court summons.

The step daughter in her law suit claims that ever since the death of her father on October 3, 2015, and his burial on October 10, Ms Wanyoto has continuously blocked her and other close relatives of her late father from accessing the grave to conduct prayers, and perform other cultural and social functions to obtain relief from grief.