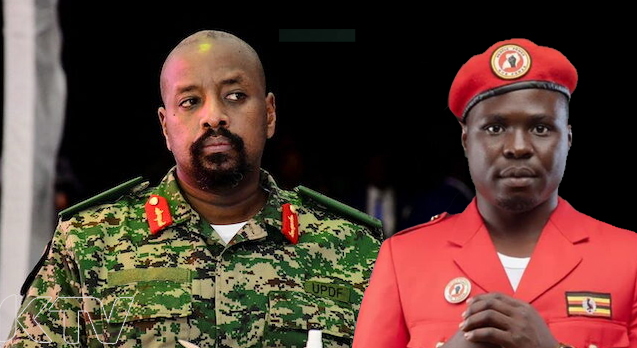 After a serving four star general took to his twitter handle and expressed interest in running the top seat of the country, the Mityana municipality law maker Zaake Francis Butebi has responded to him.

Gen Muhoozi on Thursday posted “The only way I can re-pay my great mother is by being President of Uganda! And I shall definitely do it!!”

In his response, Zaake said that Gen Muhoozi can not be a president in the country which is not his origin, as he stated that the four star general was born in Tanzania not Uganda.

“You well know you’re a citizen of Tanzania by birth and hence ineligible to vie for even a mere LC1 slot on Ugandan soil” Zaake Francis said.

Who will win? Muhoozi warns, he will not leave Twitter.