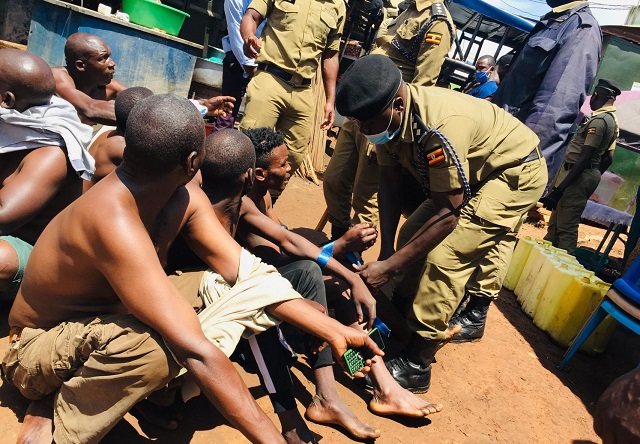 Police in Jinja have confirmed the arrest of over 190 people allegedly said to be criminals in the areas of Bugembe, Nakanyonyi, Katende,Wanyama, Budhumbuli among others.

According to the police spokesperson in the areas of Kira, James Mubi, admitted that the arrested 190 people are going to be taken to court on charges related to theft.

He went ahead and revealed that of these 190, 137 were discovered to be more cruel, who even tried to fight the operation team.

“There has been an increase in crime rate in the regions of Busoga because most of the youths in this area are jobless” Mubi said.